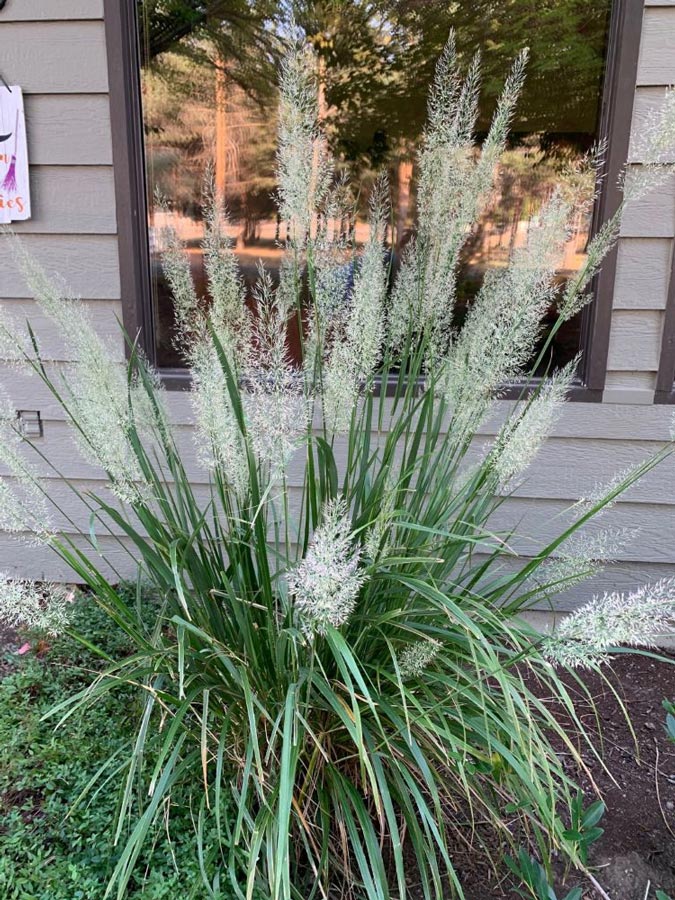 Anyone who’s ever visited Shooting Star Nursery knows how much we love our ornamental grasses, and this week we are highlighting one of our favorites that is (undeservedly!) less well-known than some of its flashier relatives like Calamagrostis ‘Karl Foerster’.

Calamagrostis brachytricha – also known as Korean Feather Reed Grass – is a truly lovely ornamental grass. Plants reach about 3’ tall and 2’ wide at maturity, and are topped with foot-long feathery pink inflorescences in late summer. These blooms last on the plant throughout the winter, and also will hold up nicely in cut flower arrangements.

Korean Feather Reed Grass prefers a bit of afternoon and moderate watering in order to look its best, and will also tolerate clay soils. It’s also fairly deer resistant, and wintering birds will enjoy eating the seeds (which are sterile, so they won’t spread throughout your garden).

Like most other ornamental grasses, Korean Feather Reed Grass is lovely on its own, but it really shines when you combine it with other plants – especially fall-blooming perennials like Asters, Solidago, and Rudbeckia. It works beautifully in a mixed border, alongside a water feature, or even just softening the sharp edges of a building. For a real visual treat, plant it where it can be backlit – either by the morning sun catching the droplets of dew, or by the afternoon sun enhancing the rosy glow of the bloom.

During the winter months, the inflorescences turn a tawny gold; providing a nice visual interest in the winter garden – especially when frost crystals cover the inflorescences on a crisp January morning. Leave these blooms on throughout the winter, and cut the plant back to a few inches tall in early spring once the new growth begins to appear.