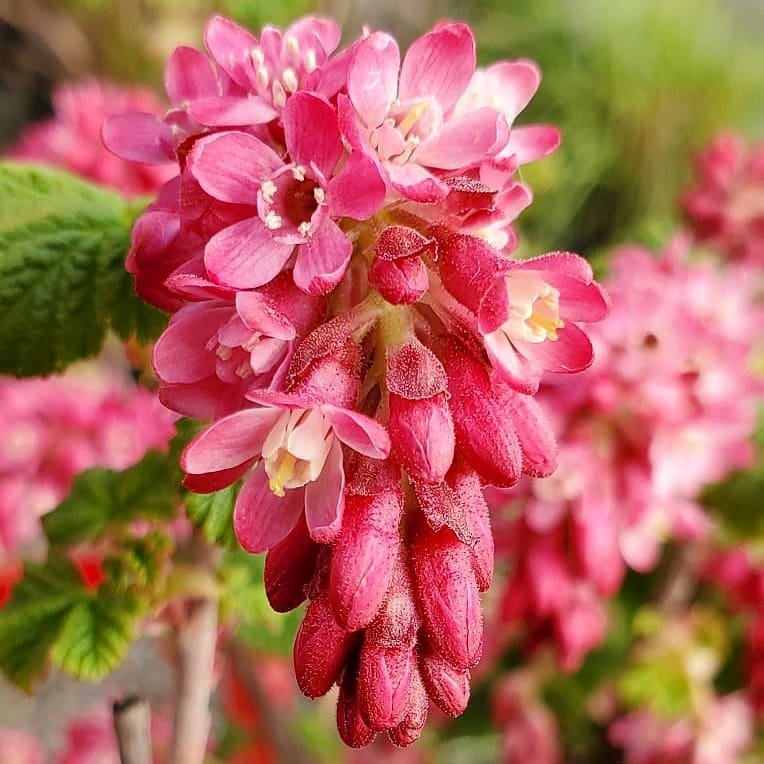 Flowering currants really come into their glory in April, with their cascades of brightly-colored flowers and soft green, scalloped leaves. And one of our very favorites is Ribes sanguineum ‘King Edward’.

A cultivar of our native Ribes sanguineum, 'King Edward' has darker pink flowers than the native species, followed by dark blue berries in the summer. Both ‘King Edward’ and the native species are absolute magnets for hummingbirds and other pollinators. Later in the seasons, berry-loving songbirds like robins, thrushes, grosbeaks, cedar waxwings, etc., flock to the berries (which taste better to them than they do to humans, so we’re happy to share!).

Flowering currants will bloom heaviest when in full sun, but in hotter areas like the Rogue Valley, they also appreciate a bit of afternoon shade. In fact, they’re also a great choice for dry shade gardens or for planting under an oak or other large tree. ‘King Edward’ will grow in a variety of soils but does require good drainage; if you plant in clay, place it on a mound or along a slope. Being a native plant, they are used to dry summers and wet winters, and will do best if you can mimic those conditions in your garden.

'King Edward' grows quickly and has a lovely open habit that mixes well with other plants. They can get at least 4-5' tall and wide, and are also relatively drought tolerant once established.