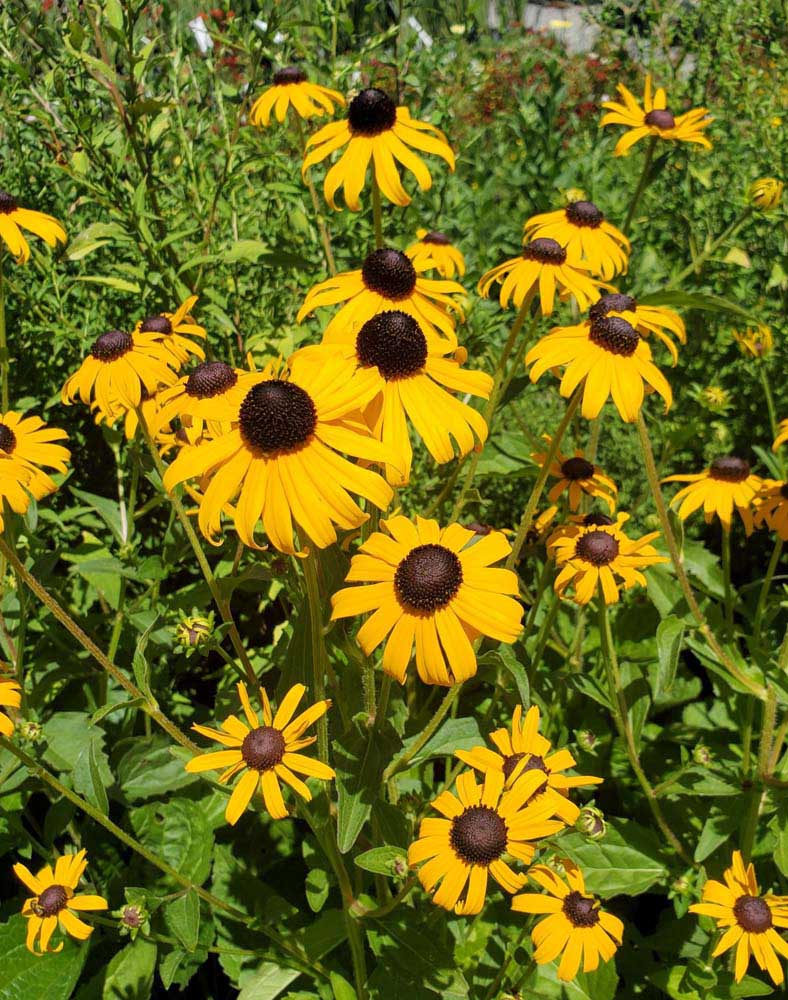 Black-eyed Susans (Rudbeckia sp.) may not be one of those "fancy" plants, but they are so easy to grow and provide such cheerful, long-lasting color that we believe they should have a place in every garden!

This charming and versatile group of perennials is native to North America and includes two species that can be found right here in the wilds of southern Oregon. The three varieties we carry here at the nursery all have deep golden petals that surround a (generally) brown central “cone” – hence their other common name: Coneflowers.

Rudbeckia are largely unfussy about soil, and even tolerate clay soils well. They make great cut flowers, are generally deer resistant, have a long bloom season, and can be fairly drought tolerant (although they also don’t mind getting regular watering). Flowers bloom steadily from mid-summer to frost, and even when the petals are gone the cones make a pretty silhouette in the winter. Rudbeckias look great when planted in a large mass, or combined with other jewel- toned perennials or ornamental grasses.

One of the most fun things about Rudbeckia is that they do double-duty in the wildlife garden. The flowers are popular with butterflies and a variety of bees, while the seed heads attract goldfinches, pine siskins and chickadees during the fall and winter months.

We carry the following varieties here at Shooting Star Nursery:

'Goldsturm' – This is the traditional ‘Black-eyed Susan’ most gardeners are familiar with (see photo above). Plants get about 3' tall and will spread to at least 2' wide; more after a couple of years unless you divide it. 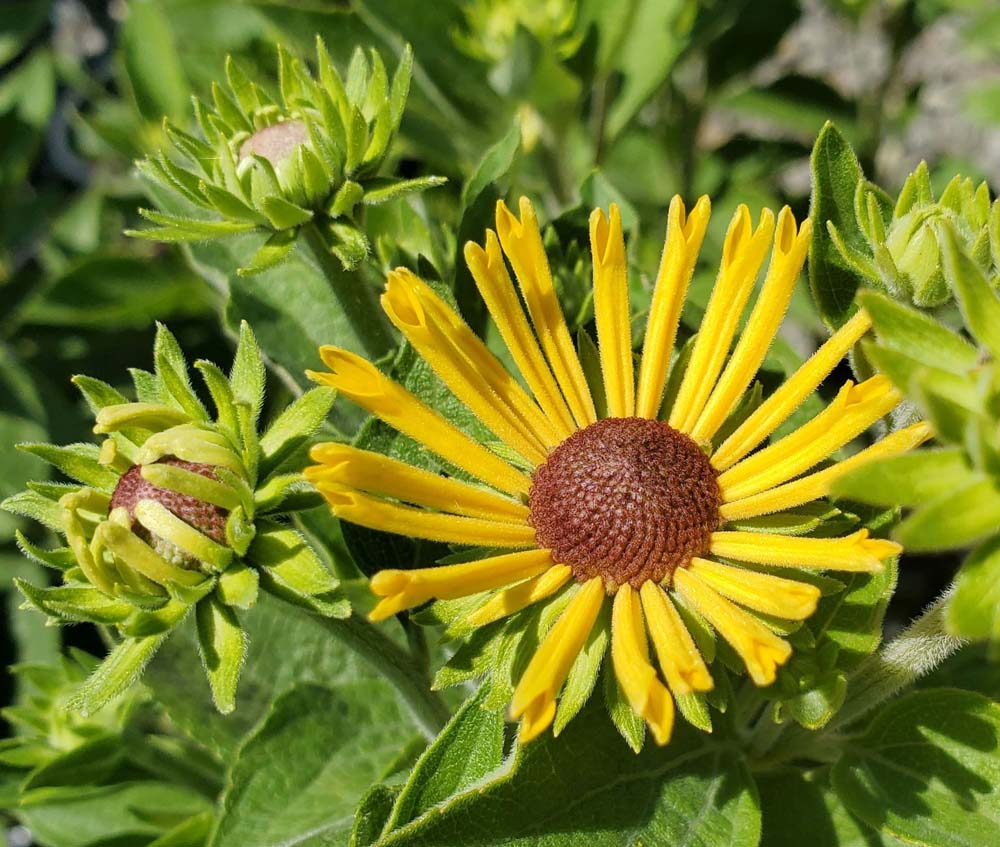 ‘Little Henry’ (left) has butter-yellow flowers with delicate-looking quilled petals. Flowers are a bit smaller than ‘Goldsturm’, but make up in abundance what they lack in size. Plants are generally well-branched and reach about 2 ½’ to 3’ tall at maturity. 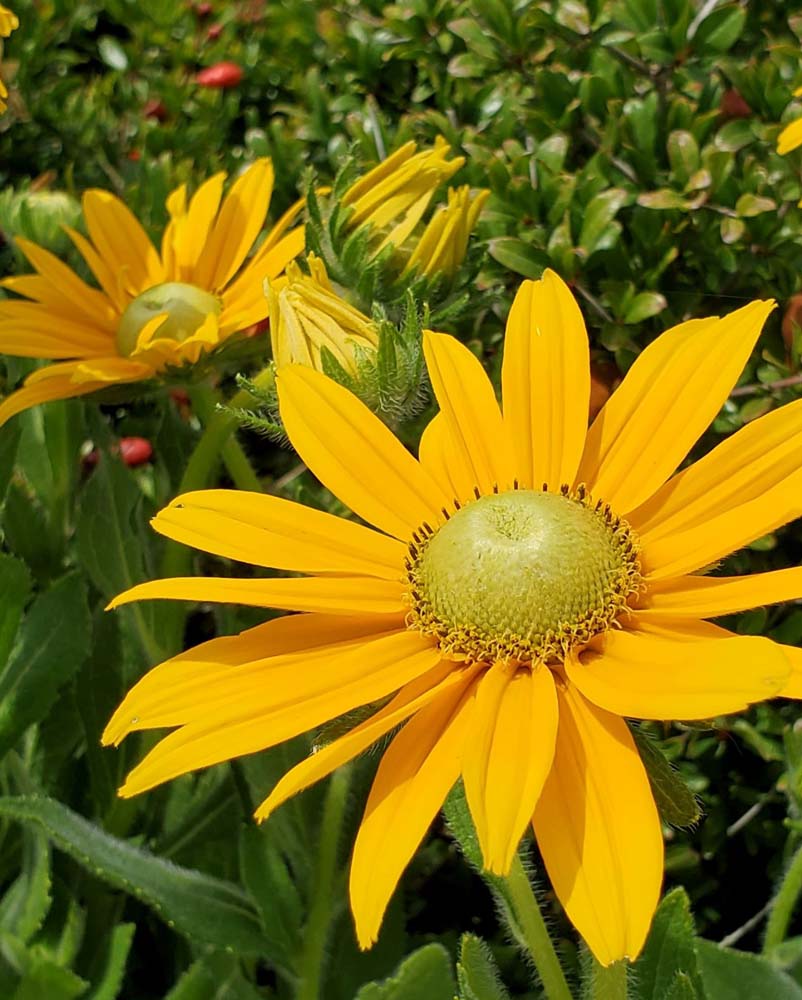 ‘Irish Eyes’ (right) has huge 5” wide, orange-yellow flowers that feature a bright green central cone (does that make them a Green-eyed Susan?). Plants are a bit smaller than ‘Goldsturm’ and ‘Little Henry’ – about 2’ to 2 ½’ tall and about 15” wide.